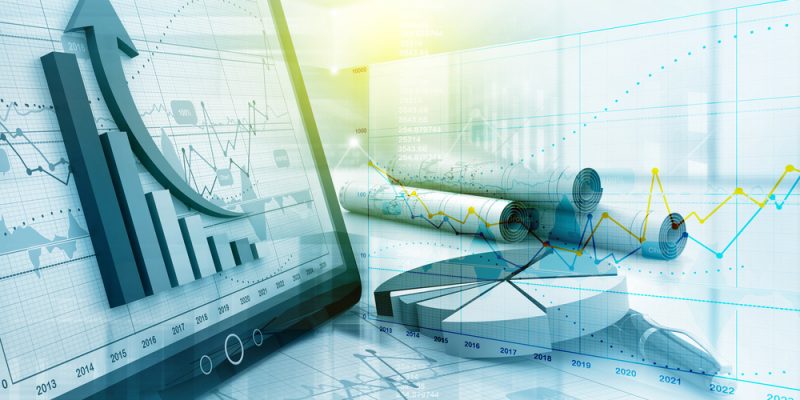 Tech investors finally got some relief this past week, as the Nasdaq broke a seven-week losing streak, its worst stretch since the dot-com bust of 2001.

With five months in the books, 2022 has been a dark year for tech so far. Nobody knows that more than investors in cloud computing companies, which were among the darlings of the past five years, particularly during the stay-home days of the pandemic.

Paradoxically, growth remains robust and businesses are benefiting as economies re-open, but investors are selling anyway.

Bill.com, Blend Labs and SentinelOne are all still doubling their revenue year over year, at 179%, 124% and 120%, respectively. Yet the trio is worth around half of what they were at the end of 2021. The market has taken a sledgehammer to the entire basket.

Byron Deeter of Bessemer Venture Partners, an investor in cloud start-ups and one of the most vocal cloud-stock commentators observed earlier this month that the revenue multiples for the firm’s BVP Nasdaq Emerging Cloud Index had fallen back to where they were in 2017.

One of Deeter’s colleagues at Bessemer, Kent Bennett, isn’t sure why the fastest growers aren’t getting a pass on the slashing across the cloud category. But he has an idea.

“You can absolutely imagine in a moment like this it would go from revenue to, ‘Holy crap, get me out of this market,’ and then settle back into efficiency over time,” said Bennett, who sits on the board of restaurant software company Toast, which itself showed 90% growth in the first quarter. The stock is now down 52% year to date.

Toast disclosed declining revenue in 2020 as in-person restaurant visits lightened up, leading to less intense use of the company’s point-of-sale hardware and software. Then online ordering took off. Now people are increasingly dining in again, and Toast is seeing stronger demand for its Go mobile point-of-sale devices and QR codes that let people order and pay on their own phones, CEO Chris Comparato said in an interview with CNBC earlier this month.

Now that the company has recovered from its Covid stumble, investors are telling the company to “paint a better path toward profitability,” he said.

Management is telling all teams to be very diligent about their unit economics, but Comparato said he’s not ready to tell investors when exactly the company will break even, though.

What Toast did offer up is new information on margins. On Toast’s first-quarter earnings call earlier this month, finance chief Elena Gomez said guidance implies that its margin for earnings before interest, tax, depreciation and amortization in the second half of 2022 will be 2 points higher compared with the first half as the company works to bolster margins in the future.

“A few investors pushed, and they want a little bit more detail, certainly,” Comparato said. “But many of them are like, ‘Okay, this was a different tone, Chris, thank you. Chris, and Elena, please keep executing on this on this vision.'”

Other cloud companies are getting the message, too.

Data-analytics software maker Snowflake, which just ended a two-and-a-half-year streak of triple-digit revenue growth, is “not a growth-at-all-costs company,” CEO Frank Slootman declared on a call with analysts on Wednesday.

Zuora, which offers subscription-management software, is “focused on building a successful long-term company, delivering durable and profitable growth for years to come,” CEO Tien Tzuo said on his company’s quarterly analyst call. The company reported a $23.2 million net loss on $93.2 million in revenue, compared with a $17.7 million loss in the year-ago quarter.

Even across the wider software industry, there is a re-acknowledgment of the old-fashioned view that software should make money. Splunk, whose software helps corporate security teams amass and analyze data, included a slide in its shareholder presentation called “Growing Profitability With Scale.” It charted the past few years of Splunk’s performance against the “Rule of 40,” a concept stipulating that a company’s revenue growth rate and profit margin should add up to 40%. Splunk called for 35%, the closest it will have been in three years, in the current fiscal year.

The emphasis on efficiency isn’t completely absent at Bill.com, whose software helps small and medium-sized businesses manage bills and invoices, but that’s easier to miss, because the revenue is growing so much faster than it is at most businesses. Even before the software selloff began in November, executives have touted the company’s healthy unit economics.

Blend Labs, which gives banks software they can draw on for mortgage applications and other processes, has been more active in repositioning itself for the new market reality, but it’s also one-seventeenth the size of Bill.com by market capitalization.

Despite enjoying hypergrowth, Blend cut its headcount by 10% in April. Nima Ghamsari, the company’s co-founder and head, told analysts the company was conducting a “comprehensive review to align our cash consumption and market realities near-term, while charting a clear course toward stronger product and operating margins that will lead to Blend having long-term profitability.”

SentinelOne, which sells cybersecurity software that detects and responds to threats, has been busy working on its cost structure. Co-Founder and CEO Tomer Weingarten turned analysts’ attention to its margin improvement during a March conference call, and he said the company aims to make more progress over the next year.

The comments, and the better-than-expected results in general, were well received by analysts. But many still lowered their price targets on SentinelOne stock anyway.

“While we are increasing our growth estimates on S, we reduce our PT to $48/share due entirely to a reduction in software multiples,” analysts at BTIG wrote to clients. In other words, the category was getting crushed, and SentinelOne was not exempt.

By that point the WisdomTree Cloud Computing Fund, an exchange-traded fund tracking Bessemer’s index, had tumbled 47% from its Nov. 9 high. The decline hasn’t stopped as the Federal Reserve has reiterated plans to fight inflation with higher interest rates.

That leaves cloud observers wondering when the downward pressure will ease up.

“It’s going to take us a couple months to get through this, said Jason Lemkin, founder of SaaStr, a company that holds cloud-centric conferences. He likens the decline to a hangover, after Covid got investors drunk on cloud stocks. “We haven’t got through our Bloody Marys and Aspirins,” he said.

Two of the biggest divas in the Covid cloud set, Shopify and Zoom Video Communications, saw the triple-digit growth go away last year as stores began to reopen and in-person social engagements began to return. If anything, that’s when investors should have grasped that the demand boom was largely in the past, Lemkin said.

“We’re reverting to the mean,” he said.

The reset might not be uniform, though. Cloud companies that adhere to the Rule of 40 are showing considerably healthier revenue multiples than those that don’t, said Mary D’Onofrio, another investor at Bessemer. Companies showing free cash flow margins above 10% are also enjoying higher multiples better these days, she said, with investors fearing a recession.

“The market has rotated to where cash is king,” D’Onofrio said.

When Not Just Any Dividend Stock Will Do

This Market Rally Could Force the Fed to Raise Rates Higher