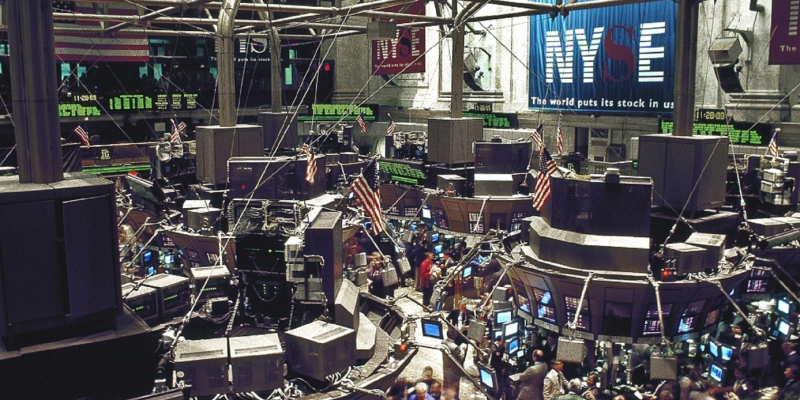 Billionaire Warren Buffet has been acquiring stocks on the dip during the recent market downturn and bulking up his stakes in oil companies such as Occidental ( (OXY) – Get Occidental Petroleum Corporation Report).

Through the end of 2021, Berkshire Hathaway ( (BRK.A) – Get Berkshire Hathaway Inc. Class A Report had amassed a large amount of cash, increasing speculation on the CEO’s plans for the company. The conglomerate had $146.72 billion and after buying up insurance company Alleghany Corp ( (Y) – Get Alleghany Corporation Report) for $11.6 billion, it also spent millions to rack up shares of Occidental, HP ( (HPQ) – Get HP Inc. Report) and Chevron ( (CVX) – Get Chevron Corporation Report). This left the company’s cash stockpile at $106.26 billion at the end of the first quarter.

Recent regulatory filings show that Berkshire has been buying shares again. The company acquired another 901,768 shares of Occidental, adding to its original purchase in February. The oil producer is now in Berkshire’s 10 largest holdings.

Buy a ‘Wonderful Company at a Fair Price’

Buffett’s investing style has never been one that favors acquiring commodities, but higher inflation rates could have played a role, Thomas Hayes, chairman of Great Hill Capital in New York, told TheStreet.

“As for Buffett buying shares in OXY, I wouldn’t make too much on it,” he said. “Historically, he has avoided investing in commodity stocks. Today he sees it as a hedge against inflation and a potential supply/demand imbalance.”

Investors should instead focus on the fact that Buffett’s appetite for risk “has come back after not doing much in 2020 and 2021,” Hayes said.

“The purchase of Allegheny Corp and sizeable investments in HP and Activision Blizzard say more about a willingness to step into the market where there is value to be had. We may find in coming quarters that he’s added more to his Apple stake as well. While many have run for the exits in recent weeks, Buffett has been a selective buyer where the valuations make sense.”

Berskhire Hathaway had already allocated $7 billion to Occidental, increasing its stake to over 14%. The conglomerate also bought more shares of Chevron, adding to its original stake that vaulted the investment into the conglomerate’s top four common stock holdings.

While Buffett has always said he will not comment on market valuations or the valuation of individual stocks, his actions speak volumes, Robert Johnson, a finance professor at Creighton University, told TheStreet.

“The fact that he is deploying his war chest of cash is a strong indication that he and his lieutenants believe that there are undervalued stocks out there,” he said. “This doesn’t mean he believes that the market is undervalued or will rebound in the near future, but that some companies are compelling buys. This is a good signal for value investors.”

“Warren Buffett is a long time, dyed in the wool, practitioner of value investing,” he said. “He has always advised investors to be greedy when others are fearful.”

The large pile of cash from 2021 means Buffett can put that dry powder to work during this market pullback.

“His recent investments in oil majors Occidental and Chevron speak to the dynamic of there being more demand than supply of energy products into the foreseeable future,” Hogan said.

He has also taken “advantage of pullbacks in one of his favorite names Apple, and he recently put on an interesting merger arbitration bet on Activision Blizzard,” he said.

“The current environment in equity markets falls right into Warren Buffett target zone –  relentless indiscriminate selling of stocks has brought with it an opportunity for Berkshire to buy securities at bargain prices,” Hogan said.
Buffett has said before that “it’s far better to buy a wonderful company at a fair price, than a fair company at a wonderful price.”

“There are a plethora of quality companies trading at steep discounts compared with the beginning of the year,” he said. “For investors with ample liquid cash reserve and a long timeframe, it absolutely makes sense to buy the various dips.”

Buffett revealed at Berkshire’s annual April shareholder meeting that the conglomerate owns a 9.5% stake of Activision Blizzard ( (ATVI) – Get Activision Blizzard, Inc. Report) from its initial stake of 2%, the gaming company, that is set to be acquired by Microsoft ( (MSFT) – Get Microsoft Corporation Report).

“If the deal goes through, we make some money,” he said at the company’s annual shareholder meeting.

He said the acquisition of more shares was his decision.

In April, the majority of Activision Blizzard shareholders voted in favor for the $69 billion all cash deal announced in January. This merger would be the largest one in the tech sector, giving Microsoft an upper hand since it would own Activision’s video games such as Candy Crush, Call of Duty and World of Warcraft.

The deal has been anticipated to close during the summer as it faces further scrutint from government entities, such as the U.S. Federal Trade Commission.

While other investors have seen a large percentage of their fortunes dissipate in the recent market selloff, Buffett has risen to the top.

Buffet is one of two people in the top ten richest people globally whose net worth increased since January, according to the Bloomberg Billionaires Index.

The Oracle of Omaha is ranked number five on the index, which is a daily ranking of the world’s richest people. His total net worth is $112 billion and he has gained $3.38 billion year-to-date through the end of trading on May 15.

The Bloomberg list includes only one other billionaire in the top 10  – Gautam Adani, an Indian infrastructure magnate that owns real estate, commodities and power generation and transmission, whose total net worth is $99.5 billion and his year-to-date performance is a profit of $22.9 billion through May 15.

Only 24 billionaires saw their net worth rise year-to-date through the end of trading on May 12 out of the top 100 richest people.

While his attackers focus on companies Buffett should have invested in earlier such as Apple due to his aversion of owning tech stocks and his blunders with airline stocks, Buffett has stuck to his investing strategy of purchasing quality companies, Johnson told TheStreet previously.

“So many of their businesses are these stable, unsexy companies that constantly produce cashflows and aren’t valued at above market multiples,” he said. “Too often people want to try to change their investing style to suit the market. Buffett is true north. He does not do that.”